AML is a global issue, but the United States has always led the way in handing out anti-money laundering penalties and fines.

The following year 97% of the world’s $858 million AML fines were imposed by US regulators. However, by the following year, there was a major shift, and despite the US issuing $1.54 billion in AML fines, this made up much less of the global total than previous years – 72%.

By 2018, the number of AML fines issued by global regulators across the world had hit $3.3 billion, and it was clear that regulators outside the States were beginning to catch on. That year U.S. fines -  totalling almost $2 billion - accounted for just 58% of global fines, and by 2019, the U.S. proportion had dropped again to less than half for the first time in years.

While the proportion, globally, of AML fines handed out in the U.S. may have dropped, the number and size of fines have not. This confirms that rather than easing up on financial crime, the U.S. remains as tough as ever, and now the rest of the world is finally catching on.

U.S. regulators have always been incredibly tough on money laundering and associated crimes, and have one of the most robust AML legal frameworks in the world.

These figures show that far from U.S. regulators becoming more lenient, their tough stance has continually led the way for the rest of the world to start imposing significant fines for AML failures.

Over the past five years, the average global AML fine was almost $40 million, with a key example made recently of U.S. firm Interactive Brokers, who agreed to pay $38 million in penalties to three U.S. regulators to settle claims of AML failings.

The size of the fines is a constant warning from the United States authorities that they mean business and there will be serious consequences for those not taking their BSA/AML obligations seriously.

But, does the U.S. still have ground to cover?

While Europe is catching up on handing out fines, there could be another reason why U.S. regulators are still further along – there are more AML failures in the U.S. and those could be down to technology,

According to Alistair Mitchell, partner at EQT Ventures, in an article on techcrunch.com earlier this year, the United States lags behind Europe in terms of its adoption of RegTech & FinTech solutions.

He said: “Notably, consumer FinTech adoption in the United States lags well behind much of Europe, where forward-thinking regulation has sparked an outpouring of innovation in digital banking services — as well as the backend infrastructure onto which products are built and operated.”

He says that while regulation is often blamed for stifling innovation, in Europe, regulators have focused on reducing barriers to FinTech growth rather than protecting the status quo, and this has not only allowed for more innovation but also greater adoption of tech services.

Technology could also be one of the key factors in why AML fines in the U.S. are dropping. More businesses are starting to employ FinTech and RegTech solutions within their AML programs since the most fundamental ways to prevent fraud and other financial crime is to ensure fraudsters don’t enter in the first place. This is where most businesses fail – by not running appropriate checks on those they are doing business with.

In the increasingly tech-led world we live in – where criminals are making use of the latest technology available to them – institutions should be too. Electronic systems now use big data to run the most robust verification checks possible on potential clients and allow businesses to not only screen individuals but also entities, ensuring any hidden ‘ultimate business owners’ are also identified. This makes it easy for institutions to evidence they know their customer while also eliminating the risk of potential fines for breaching BSA regulations.

Over the past few years, the United States has seen a huge increase in verifying customer identity online, as firms start to realize the benefits of using automated systems. More recently Covid-19 has also forced institutions to adopt digital processes, perhaps sooner than they had planned. This could mean the U.S. is set to overtake Europe in its use of RegTech sooner than anticipated. 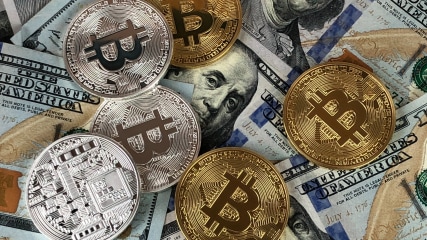 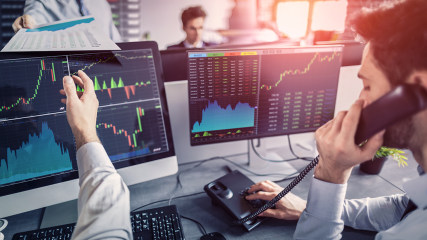 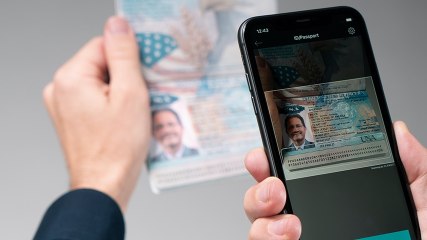 6th Nov 2020 How will the pandemic impact the future of identity verification and client onboarding?
by SmartSearch
See more
Sign up to our newsletter to receive news, resources and updates straight into your inbox!

It looks like you're visiting us from the UK

To get the optimal SmartSearch experience, do you want to visit our UK website?